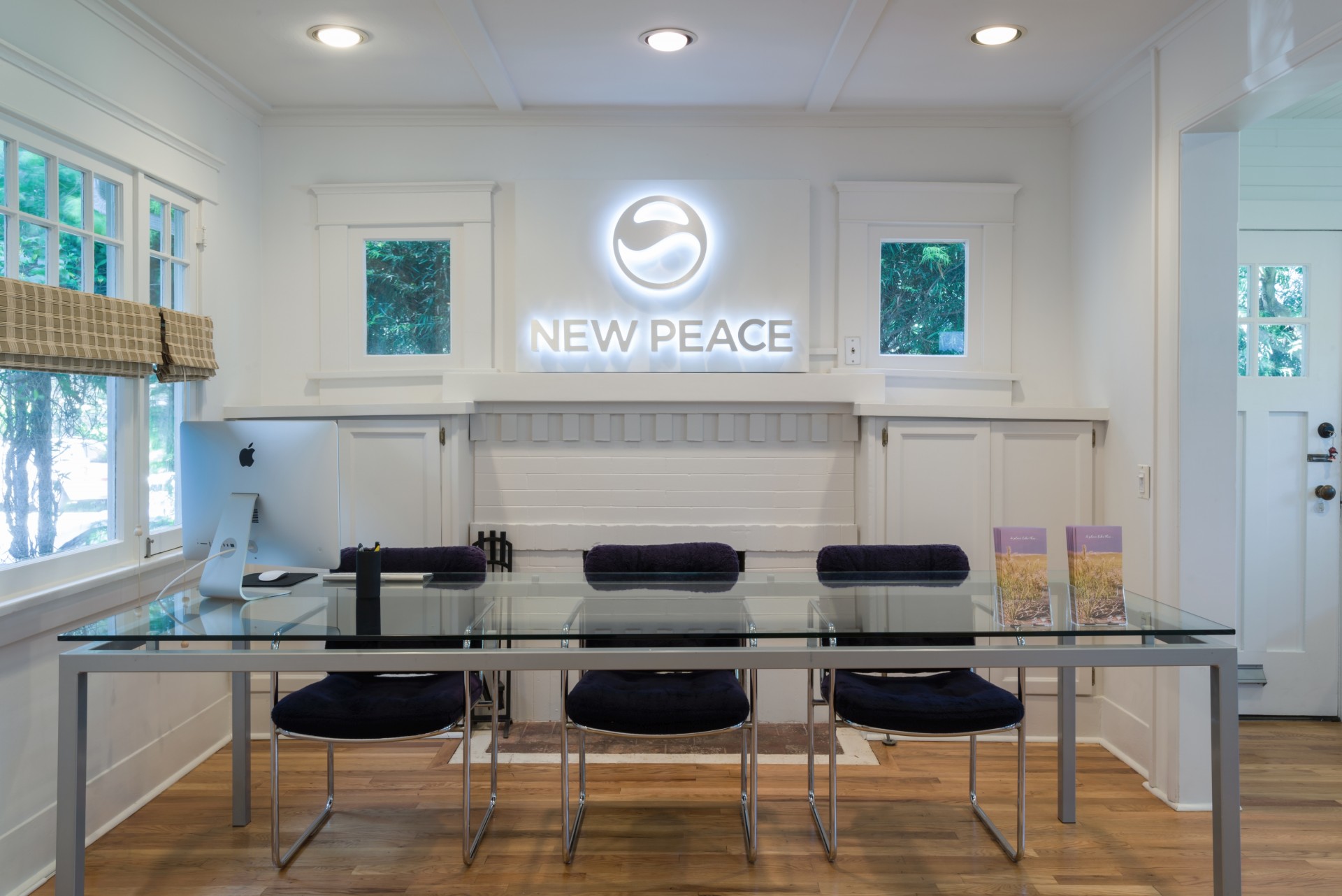 In this exhibition, Si-Qin imagines a future materialist-spiritual institution called New Peace. New Peace is an update to the artist’s PEACE brand, a recurrent image in his work. Si-Qin envisages the brand as a topological sculpture, capable of being expressed in varying forms and inheriting different meanings over time. The work speaks in the language of products and advertisement, not as a linguistic symbol of "capitalism" or economics in a general sense but rather inhabits this language because this language inhabits the world. Si-Qin’s mirroring of commercial imagery reiterates our anthropocenic relationships of feedback and reflection with ecology, environment, and media. In this exhibition, New Peace takes form through the imagined-trappings of a cult that worships matter and believes that reality and its cosmic, biological, and cultural evolutions exist to create the greatest variation of form possible in the universe, and for matter to experience all variations of itself. This principle is summarized by the text found in the crest form of the logo, replicatio variationi servit, Latin for “replication serves variation.” New Peace uses landscape as a virtual attractor to communicate a mystical state of being called Mirrorscape. Mirrorscape is a sub-brand, as well as a state of awareness of the causal, non-linear behaviors of matter. It is a spiritual destination where the fine-grained network effects and feedback dynamics of reality can be clearly perceived. In other words, the capacity to see existence "as it is." Mirrorscape does not represent a naive realism unaffected by interpretation, but rather an understanding of the interactive processes by which the world is constructed. The sculpture at the center of the exhibition is a prototype effigy of Mirrorscape. The piece resembles a kind of protean machine, reminiscent of both a Natural History Museum display and a commercial product. At the rear of the sculpture is a television showing a live feed of itself, which is being recorded by a WebCam affixed to the base of the sculpture, and thereby forming a self-imaging feedback circuit: a landscape reflected in its own mediated image.